Katalin Iturzaeta, one of the best txakolis in the world according to the Parker Guide

Besides our txakoli is present in some of the most renowned Michelin-starred restaurants: Zuberoa in Oiartzun, Elkano in Getaria and La Terraza Del Casino of Paco Roncero in Madrid.

The recognition of our wines 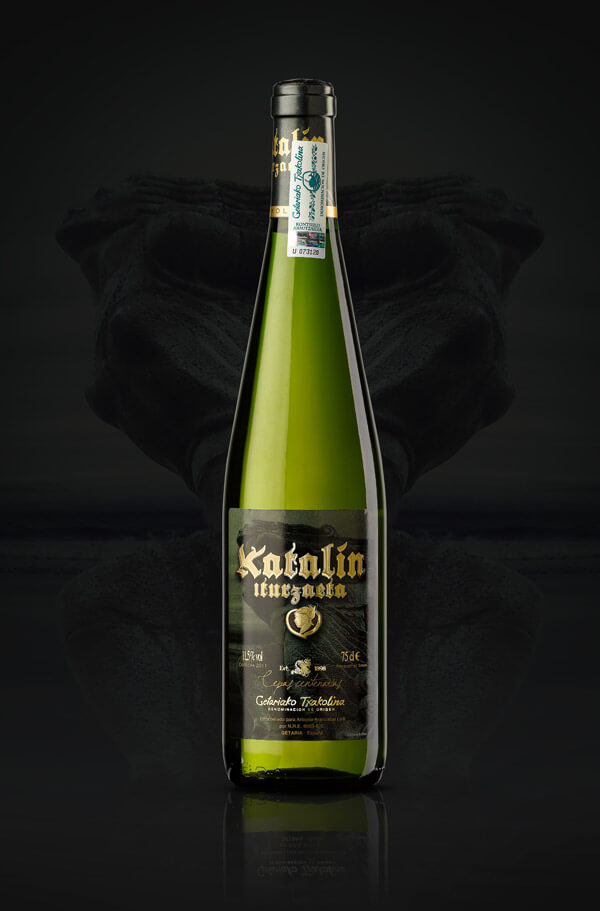 The name is a tribute to great-grandmother Catalina (Katalin and even Kattalin in spelling more appropriately in Basque), who with her extraordinary courage (a lung was removed and still raised the impossible slopes of the hamlet) and entrepreneurial character knew how to inspire the resurgence winemaking of the property and the area.

This select txakoli comes from the mixture of Hondarrabi Zuri (known in the Basque-French country as Courbu Blanc) and the red version of the same variety, which of course is vinified as white and manages to make this txakoli an unusual form of blanc de noirs in the heart of the Denomination, Getaria. A second stroke of singularity is offered by the seven months of aging in contact with its lees, which achieves a spectacular texture and a significant reduction in the acidic sensation typical of the more traditional txakoli.

The balance is undoubtedly its best value, with a low alcohol content and an acidity that the remarkable and well executed breeding on lees somehow softens. The nose, very fresh, exhibits citrus and green apple aromas with a certain creaminess of white fruit (due to the lees), in addition to a marked character of herbs and sea breeze that broadens the feeling of freshness and lightness. It is in the mouth where both the aging in lees and the weight of the red grape, with its succinct but powerful appearance of red fruit, push the wine to a unique dimension where the balance of acidity and alcohol lengthen the expression and give it away a cerulean gesture (like ripe plum skin) really exceptional.

A plot of less than one hectare on the slope of Aitako, the best known in the municipality of Getaria.

7 months on its lees.

The tiny plot of Aitako, with south-southwest orientation and vineyards of ages never less than twenty-five years and sometimes almost centenary, is located inside the municipality of Getaria, between Mount Gárate (278 meters) and the Cantabrian coast, on the way to one of the neighborhoods (Meaga) of the population that by its microclimate monopolizes almost all of the local vineyard.

The soils are mostly of clay covered with sandstone and the vineyard, which hardly reaches 100 meters of altitude due to its proximity to the sea, is usually conducted with wire (formerly whale bones were used as support) at a height that allows sufficient distance with the ground to prevent excess moisture from the Atlantic climate spoiling the fruit. 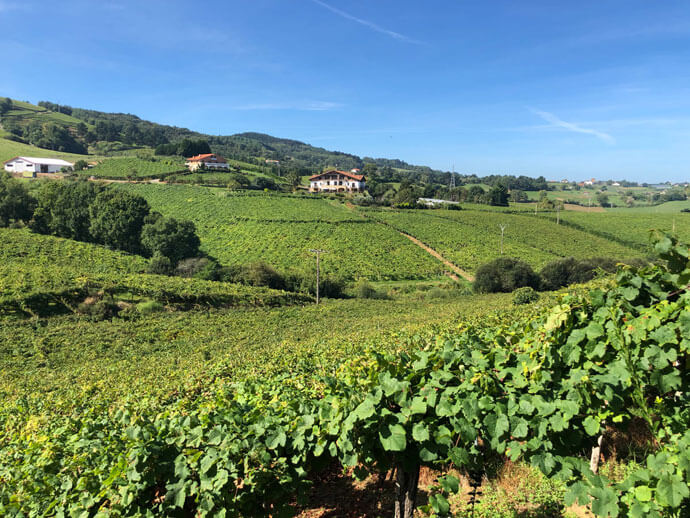 If you have any questions about our Txakolí or want more information, do not hesitate to contact us.

We use our own and third-party cookies to improve your experience and make traffic statistics on the web. You must accept them to continue browsing without problems. If you want more information, visit our Cookies Policy.